This past weekend I was able to sit down on my back porch and playtest altercations with Lance and Daniel. Thanks so much for your time and insight, gentlemen!

As with the first playtest of spellcasting, this test was really to find the big weak spots in my draft version and to scope how major a rework it would need. Working on this with smart, experienced players and gamemasters like these two was a huge asset. We not only found the flaws, we spent a good long time pulling back to my goals and talking through various options.

The highest level takeaways I have are

So, for the next playtest we’ll be working with these concepts:

Note how the player who had a wild failure still has an opportunity to make their failure reflect what’s special about their character. They’ll be limited in the next roll in how much impact it has on what they do—even with a fantastic roll, the most they’ll be doing is clambering back up to the balcony to rejoin the rest of the party—but they will contribute to the team average.

Turning the focus to the storytelling and the team lets the players make their characters distinctive and important, without bogging things down in lots of individual actions and the specialty mechanics for them. Whether you succeed with that bow shot is not about range and your skill and the type of bow and the target’s armor or lack of it, but about how well you and your teammates rolled in general.

Sometimes the most successful playtest is the one where you throw out most of what you came in with. 😄

*This post was edited to reflect further conversation with Lance where he pointed out the old example didn’t keep players just telling the story of what happened with the action they said they were trying to do (before rolling their dice to see how well it went). I’ve switched it to have the additional benefit—dancing the bagged foes over the balcony edge—coming from the GM. Thanks, Lance!

One thought on “Learning from playtest 1 on Altercations”

Kabalor is a collaborative spellcasting and storytelling game currently in development.

It is focused on magical characters who grow into their unique selves, connect and become a team, explore and expand their horizons, unlock new skills and possibilities, and share to make the world a better place for themselves and others.

This is a world born of creativity and the players unfold their character’s story within that expansive space. The game encourages positive connections not only between the players, but between the characters and the world. All this takes place in an original fantasy universe ready to support your best fun!

The best ways to support what I share here is to spread the word and to join the Kabalor Patreon.
You can also support Kabalor by buying Amazon products linked here. As an Amazon Associate I earn from qualifying purchases.
I also have a Ko-fi page, if you’d like to toss a one-time tip in my cup in appreciation for something I’ve shared. Thanks so much! 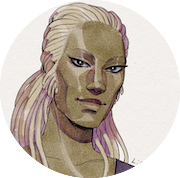 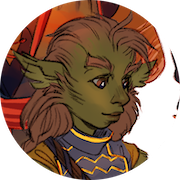