Thank you to all my playtesters and others who have given feedback so far! It’s been hugely valuable and is helping me to make the game’s rules match the stories that the Kabalor world is built to tell.

What has become clear through play—particularly in my non-combat Thursday night campaign, but also in my storytelling-heavy Monday night campaign which does have combat—is that the core action themes underlying the Dungeons & Dragons 5th Edition rules are deeply rooted in conflict and conquest. D&D’s big character action areas are Maximize, Beat, Colonize, Conquer, Hoard.

Those patterns are woven throughout D&D, even in places where they shouldn’t matter. The example which tipped the scales for me was the Identify spell. I hadn’t noticed, when I was thinking of it as something that many Bakani folk would learn in their Arcana training, that the spell’s components require the caster to own a pearl worth at least 100 gps. 1 gold piece = 10 silver pieces = 100 copper pieces. A chicken costs 2 copper pieces. So you need something that costs the same as 5,000 chickens.

In Medieval England around 1300, according to this site, a chicken (hen) cost 1.5-2 pennies. An agricultural laborer might earn about 4 pennies per day, according to Table I here reflecting records from the estates of the bishops of Winchester. (That same source describes artisans in industrial centers—such as carpenters, masons or thatchers—earning a bit less, more like 3 pennies per day.) Extrapolating, we could say that an agricultural laborer in the world of D&D would earn 4 copper pieces a day, thus a character of poor means would need their entire wages for nearly 7 years to afford that spell component. But no worker can live and devote their whole income to savings. Let’s say our character of poor means is very lucky and very determined and saves 10% of their income. They would probably not be able to afford this in a lifetime’s work.

One “solution” is to say that none of the characters are poor, but that denies a huge number of people from seeing someone like them represented in the game, as well as blocking off a whole section of exciting stories. If you’ve got local folk heroes as potential character backgrounds, you need to represent low-income characters in the game.

4 copper pieces per day is only 20% of the 2 sp per day paid to an Untrained Hireling as listed in Chapter 5 of the 5th edition Player’s Handbook, but even if we decide that chickens cost the same as our example historical agricultural economies but wages are somehow five times higher in our D&D worlds, it’s still well over a decade’s savings for one spell component for one first level spell. Something is seriously wrong with this picture.

The only thing that makes it work is if there is a method outside the normal economy by which the characters are achieving exceptional wealth. In D&D that method is killing “others” and taking their stuff. If you want a game, though, where “otherness” doesn’t make it OK for someone to kill you and loot your home, D&D’s infrastructure begins to unravel.

Thus comes the question, “OK, so if D&D doesn’t let you get away from the ‘Maximize, Beat, Colonize, Conquer, Hoard’ paradigm, what are Kabalor’s main character action areas?”

Supporting those core themes means that Kabalor needs to be an independent RPG, not a supplement to D&D. It doesn’t have to be as mechanically complex as D&D; it doesn’t have to have conflict assumed from the ground up; and it doesn’t have to do things the same way. Kabalor can be a lot easier to learn and players can have a lot more involvement in the story arc of their characters.

So that’s what I’ve been up to: creating a completely independent, original game driven by those core themes. I’ve also been incorporating player feedback and making the world easier to engage with by merging down the number of peoples from 15 to 9 and the number of Eminences from 51 to 27. As you can imagine, this is going to change most of the content I’ve already shared in the Kabalor Patreon, but definitely for the better.

Since I’ll be updating all the Kabalor content, it’s a good time to solve the limitations of Patreon’s interface for sharing information. My goal is a Kabalor website with all the rules and essential supporting information, and for the Kabalor Patreon to provide a means for people to support that work, to receive early access to new information, and for GMs to get access to special content such as detailed non-player characters, locations, and adventures.

Lots to come as I prepare a new set of playtest rules for the independent game of Kabalor! For the moment, I’ll leave you with this overview of how the gameplay supports the core themes.

Kabalor is a tabletop roleplaying game focused on collaborative storytelling of characters who grow into their unique selves, connect and become a team, explore and expand their horizons, unlock new skills and possibilities, and share to make the world a better place for themselves and others.

This is a world born of creativity and the players unfold their character’s story within that expansive space. The game encourages positive connections not only between the players, but between the characters and the world.

Play in Kabalor enables players to:

Your character in Kabalor will also grow, connect, explore, unlock, and share. Characters:

All this takes place in an expansive, original fantasy world ready to support your best fun!

Thank you for your support!

Author. Discardian. Gamemaster. Current project: creating a binaryless universe for fantasy gaming https://www.patreon.com/kabalor Vote as if you were about to move to the year 2090 (not 1950). View all posts by Dinah from Kabalor

Kabalor is a tabletop roleplaying game currently in development.

It is focused on collaborative storytelling about characters who grow into their unique selves, connect and become a team, explore and expand their horizons, unlock new skills and possibilities, and share to make the world a better place for themselves and others.

This is a world born of creativity and the players unfold their character’s story within that expansive space. The game encourages positive connections not only between the players, but between the characters and the world. All this takes place in an original fantasy universe ready to support your best fun! 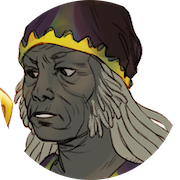 The best ways to support what I share here is to spread the word and to join the Kabalor Patreon.
You can also support Kabalor by buying Amazon products linked here. As an Amazon Associate I earn from qualifying purchases.
I also have a Ko-fi page, if you’d like to toss a one-time tip in my cup in appreciation for something I’ve shared. Thanks so much!